Very Nasty with a Hell of a Twist

“Bruce DeSilva’s Rogue Island is just my kind of book: beautifully written, to the point, very nasty, and with a hell of a twist.” – Sara Gran, critically-acclaimed author of Claire DeWitt & the City of the Dead.

That meant a lot to me because I’m a great admirer of Sara Gran, and especially of her hellacious noir novel, Dope. When it was published in 2006, my review for The Associated Press started this way:

“Suppose Raymond Chandler and Jim Thompson return from the dead, go on a monthlong 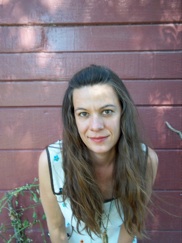 drinking binge and then hole up in a boarding house to write a book together. Chandler, pipe clenched in his teeth, hunches over a battered Smith-Corona, tapping out the prose. Thompson, one fist strangling the neck of a Rebel Yell bottle, paces behind him, dictating lurid plot twists for a wretched cast of con men, pimps and junkies. Six months later they’d emerge, stinking of whiskey and tobacco, with a manuscript that would look a lot like Dope.”

You can read the whole review of Dope here:

2 Responses to Very Nasty with a Hell of a Twist