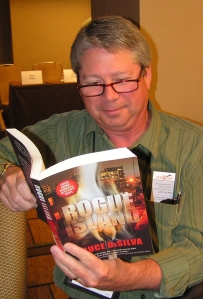 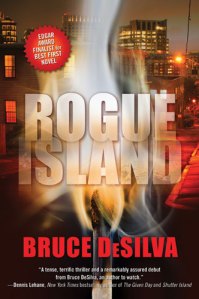 Richard Helms is a two-time winner of the Derringer Award and has won or been nominated for just about every award in the thriller genre. His latest book is titled Thunder Moon.

Rogue Island won the Mystery Writers of America’s prestigious Edgar Award for best first novel and has been short-listed for the Anthony, Barry, Macavity and Shamus Awards that will be announced in September.