Today’s Screed: Do We Have the Congress We Deserve? 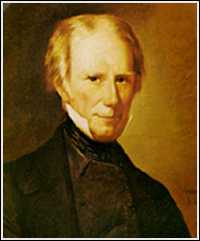 Ever since the adoption of our Constitution, Americans have tended to view the Congress of the United States as a collection of knaves and fools; and inarguabley, both the Senate and the House have always had a great many of both. But among them, in every one of the 224 years since the Constitution bound us together, the Congress has also always been peopled, at least in part, by brilliant men. Men of vision and integrity who were willing, at least some of the time, to put the good of the nation before private gain and partisan advantage.

Except, perhaps, until now.

Take a moment to consider some of the remarkable people of every party who once sat in the seats now occupied by the likes of Ted Cruz, Louie Gomert, and Robert Mendez: 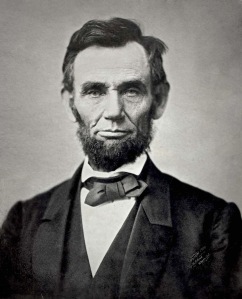 With a little research, my list of outstanding members of Congress could be greatly expanded; but for now, this should suffice to make my point. If you do not have an avid interest in U.S. history, some of the names here may be unfamiliar to you, but many should be well known to every American.

I’m not suggesting that there are no good men and women in Congress today. Surely there are some. Susan Collins, Ed Markey, and John McCain immediately come to mind. But can you conceive of any member of our current House and Senate earning a place on a future list of great legislators?

Where are our great Senators and Congressmen now? Where is OUR Daniel Webster, Robert Lafollette, Margaret Chase Smith, or Tip O’Neill?

Recent polls show Congress with its lowest favorability rating since polling began. And this week’s NBC/Wall Street Journal poll shows the Republican Party with its lowest favorability rating ever thanks to the Republican House members’ antics over the government shutdown and the pending debt ceiling crisis. Although many Americans are notoriously uninformed — and misinformed — about government and politics, it’s hard to argue that these polling results have not been earned.

America still produces great men and women, of course. They build innovative companies, serve in the military, teach our children, patrol our streets, heal the sick, and advance the boundaries of human knowledge. But if any of them are running for Congress, we are not electing them.

Much has gone wrong with America’s political system, starting with the way we have sat idly by and allowed vast sums of money to distort and corrupt our elections. But when it comes right down to it, we are the ones who vote — or choose to stay home on election day. We have no one to blame but ourselves.