The Master of Journalistic Mystery Novels Is . . . 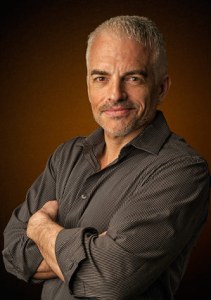 I happened across a book review on the “Two Heads Together” website the other day and got quite a surprise. It began this way:

“It’s tough when your competition are masters of the trade. Ed McBain and Michael Connelly are the masters of police procedurals. Kathy Reichs is the master of forensic anthropology. The crown goes to Arnaldur Indridason for Icelandic mysteries and Thomas H. Cook for literary mysteries. And the head honcho for journalistic mysteries is Bruce DeSilva. So, while Neely Tucker’s journalistic mysteries, which take place in Washington, D. C., are readable, they don’t live up to the bar set by Mr. DeSilva.”

Gee, thanks. But this got me curious about Neely Tucker. I’d never read any of his books, but the name seemed familiar. I Googled him and found out why. He’s a staff writer at the Washington Post Sunday magazine, a journalist with an illustrious career as a foreign correspondent who is now covering the 2016 Presidential election.

Turns out, I’d tossed a review copy of his third novel, Only the Hunted Run, scheduled to be published in August, in my discard pile. So I fished it out and read it this weekend. And guess what? It’s damned good. He’s got a great character, a literally battle-scared former foreign correspondent now working out of the home office in Washington. The story rocks, fast moving and suspenseful. And Tucker is an exceptional wordsmith, excelling at dialogue and at painting vivid word-pictures that immerse the reader in the middle of the action.

I’m a better crime novelist than he is? I appreciate the compliment, but I must respectfully disagree. I can recognize a peer when I read one.