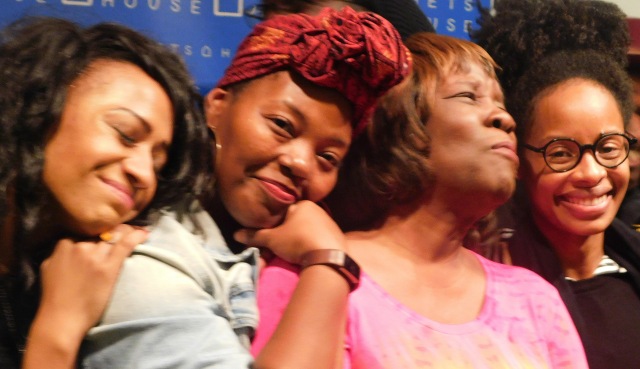 Over the last decade, as the literary awards and the critical acclaim have continued to swell, I’ve repeatedly told my wife Patricia Smith: “This is who you are now.” But she could never bring herself to believe it. Somehow, she thought, it was all a mistake.

Poet’s House was packed with her fellow poets and college professors, along with some of her students and former students, as ten of our finest poets spent more than two hours showering her with love and describing how her writing and her generosity have astonished them, inspired them, supported them, and changed their lives. 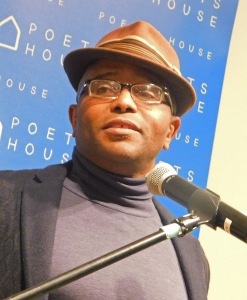 Among them were the great Terrance Hayes; the most recent winner of the Pulitzer Prize in poetry, Tyehimba Jess; and others Patricia has long looked up to. Now here they were, testifying that SHE has been THEIR North Star.

Each of the ten chose one of Patricia’s poems to read aloud, the selections coming from her first book, her most recent one, and most of the other books in between.

When they were done, an emotional Patricia, barely able to speak at first, thanked them by reading a stunning poem she had written that afternoon—a poem composed of lines taken from the ten speakers’ own work.

After that, there was a lot of hugging.

“Believe me, now?” I asked as we took a midnight train back to New Jersey.

Another of the night’s speakers, the great Cornelius Eady, said it better this morning with this simple post on Patricia’s Facebook page: “Patricia, see what you’ve done?” 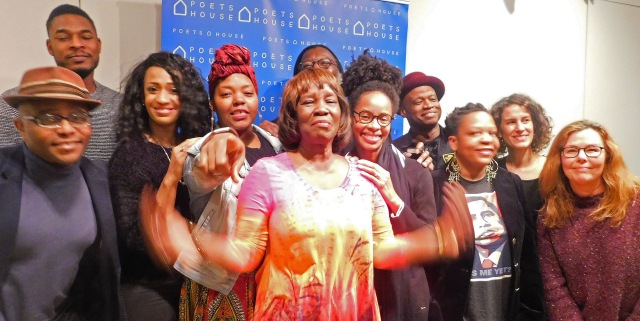