The Great Bob Dylan Is A Fan of My Mulligan Novels! 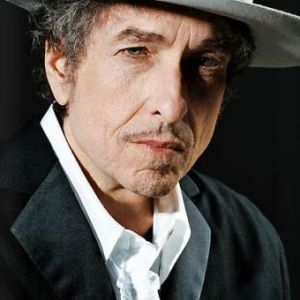 Here’s how I know.

I was signing books at Once Upon a Crime, the wonderful mystery book store in Minneapolis, when the last person in line introduced himself as a lifelong friend of Bob’s.

“He’s a big fan of your books,” the guy said. “He’s read all the others, and he asked me to get you to sign a copy of the new one for him.”

“You’ve gotta be punking me,” I said.

The man assured me that he wasn’t. I turned and looked at the bookstore owner.

“It’s true,” she said. “Bob likes crime fiction, and he has his friend come into the shop from time to time to pick up signed copies of books by his favorite authors.”

I am one of his favorite authors? Still not quite believing, I asked if I should just sign the book or write a dedication.

Bob, the man said, would like you to dedicate it to him.

To Bob Dylan or to Robert Zimmerman? I asked, knowing the name the great man was born with.

I don’t think I need to tell you what Bob Dylan has meant to me, a writer who came of age in the 1960s. I was so flummoxed that I don’t even remember what I wrote in the book. I’m guessing it was either “Mulligan is still Tangled Up in Blue,” or “Mulligan’s got The Memphis Blues Again.” Those are references to Dylan songs, of course, and as readers of the Mulligan novels know, my series character is a big fan of the blues.

That the genius who wrote Blood on the Tracks likes MY books is jaw-dropping. My wife Patricia and I last saw him in concert last year at the Barclay Center in Brooklyn, and he put on a brilliant show. He’s on the road again this summer, and wherever he is, I hope he’s getting some pleasure out of A Scourge of Vipers.

My crime novels featuring Liam Mulligan have won the Edgar Award and the Macavity Award and been listed as a finalist for the Shamus, Barry, and Anthony awards. The new novel, A Scourge of Vipers, has received rave reviews in The New York Times, Publishers Weekly, and a host of other publications. You can order any of the books in the series from independent or chain online bookstores by following this link.

1 Response to The Great Bob Dylan Is A Fan of My Mulligan Novels!