Why The Movie “Spotlight” Makes Me Feel Guilty

I finally watched the Oscar-winning movie Spotlight tonight, and I had three strong emotional reactions: admiration for The Boston Globe’s investigative team, pride in the profession I labored in for more than four decades, and . . . guilt. 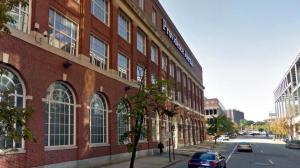 One day in the 1970’s, I fielded a phone call in the newsroom of The Providence Journal. The caller was a local woman who told me that her ten-year-old son had been repeatedly molested by a Roman Catholic priest in one of the city’s parishes.

Later that week, I sat down with her and her son across from their kitchen table and listened to their story. It was both chilling and hard to accept. Her son said he wasn’t the only one—that two of his friends also had been abused. I asked the woman if she or the other parents had reported this to the Providence Police. She said they’d tried but that the police just scoffed and warned them that it was a crime to file a false police report.

As a journalist, I was skeptical by nature; but by the time I left them that evening, I believed what they’d told me was true. The next day, I consulted with an editor, one of the top guys who ran the paper. He labeled the story rubbish before I could even finish relating it.

I told him I understood why he was incredulous but that I thought it was worth looking into. He forbade it. No way the paper was going to slander a priest, he said. Besides, he added, even if the story were true, no one in Rhode Island (the most heavily Roman Catholic state in the union at the time) would believe it.

I argued. He got mad. If I didn’t let this go, he warned, I’d be looking for another line of work. 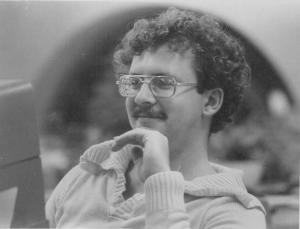 Me in the Providence Journal newsroom in the 1970s

I was just a young reporter, eight years or so into a profession he’d been engaged in for a couple of decades; but I was not very good at respecting my elders or following their orders. Still, there was something else to consider. I had a wife, kids, and a mortgage I could barely afford. I needed that job. I loved it, too. And when that editor threatened to take it away, he was so red-faced and angry that I knew he meant it.

This all transpired about 25 years before The Globe blew the lid off the pedophile scandal and the unconscionable cover-up by the Roman Catholic hierarchy. Since the story broke, I’ve often thought about all the kids who were molested during the years when nobody, including me, was doing anything about it.

It seems unlikely that I was the only journalist who got a lead about a pedophile priest in the decades before Marty Baron walked into the top job at The Globe and began to set things right. There were so many damaged kids, so many angry parents. Surely some of them must have called their local papers and gotten the brush-off. That I probably wasn’t the only one who failed to follow up doesn’t make me feel even a teeny bit better.

Could The Providence Journal have tugged on the lead I got and unraveled the whole ugly mess in the 1970s? No way to know for sure, but I’m betting yes. We were good – the best small-city metro in the country in the ‘70s and ‘80s.

Even then, I was a capable investigative reporter, good enough to get more than 100 people fired or indicted as a result of stories I wrote for The Journal during the first 13 years of my journalism career. Sometimes working alone, sometimes as part of a team, I exposed massive fraud in the state Medicaid system, corruption in the federal low-income housing program, wide-spread voter fraud in a mayoral election, third-world conditions and needless deaths at the state’s institution for the developmentally handicapped, physical and sexual abuse at the state’s institution for delinquent children . . . I even helped solve a murder. And I was far from the only one. In those days, the paper was rich with investigative talent.

Although we were a state paper, we didn’t always limit ourselves to Rhode Island stories. My expose of the first attempt to use the weather as a weapon of war — the U.S. military’s secret program of cloud seeding to wash out the Ho Chi Minh Trail in Vietnam — beat Seymour Hersh’s New York Times story by two weeks. And The Journal’s finest investigative reporter, the late Jack White, won a Pulitzer for reporting that President Richard Nixon had cheated on his federal income taxes.

So, yeah, maybe we could have done it. But we didn’t. I didn’t, to my everlasting regret.
I guess that’s why one line in the movie, delivered by Stanley Tucci in the role of a crusading Boston attorney named Mitchell Garabedian, hit me especially hard:

10 Responses to Why The Movie “Spotlight” Makes Me Feel Guilty